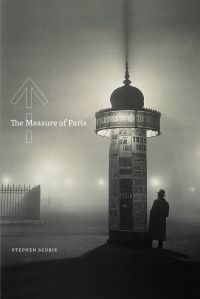 Paris remains one of the most fascinating cities in the world. It provides a measure of excellence in many areas of culture, and it is itself constantly being measured, both by its lovers and by its critics. This book presents a series of studies on the images of Paris presented by writers (mostly Canadian, from John Glassco to Mavis Gallant to Lola Lemire Tostevin), but also in such other areas as social history and personal memoir. The result is a wide-ranging discussion of the city's history in 20th century literature and thought, which will appeal to all those who love Paris, or who have ever walked on its streets.

Stephen Scobie was born in Scotland and has lived in Canada since 1965, teaching at the Universities of Alberta and Victoria. A widely published poet, he won the Governor General's Award in 1980 for McAlmon's Chinese Opera. He has also published extensively in the criticism of Canadian literature. He is a Fellow of the Royal Society of Canada. Stephen Scobie lives in Victoria.