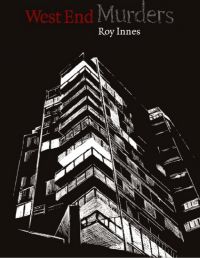 When a series of murders threatens the lives of an entire community in Vancouver, Inspector Coswell and RCMP Corporal Paul Blakemore team up once again to solve the case. What begins as an array of hate crimes suddenly culminates into a conspiracy against an American politician, and the lines between Canada and the United States are blurred as suspicions rise from both sides. To solve this case, both detectives must look beyond the powers of one culprit and instead focus on the ventures of an entire underground organization, all while protecting members of their own city.

Roy Innes is a retired eye physician and surgeon whose penchant for the arts, buried for years in the world of science, was rekindled upon retirement. His first Inspector Coswell novel, Murder in the Monashees, was released in 2005 and was followed in 2008 by West End Murders. Innes is an avid hunter, a lover of classical music, and, despite his skinny frame, a gourmand. He lives on British Columbia's lush Gabriola Island with his wife Barrie and his daughter's cat.