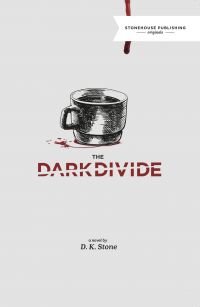 Waterton is a town with dark secrets, and after a summer of murder and mayhem, American ex-pat, Rich Evans, knows exactly how far people will go to hide them. Jobless after the fiery destruction of the hotel he once managed, Rich is charged with arson. Only one person, local mechanic Louise “Lou” Newman, believes in his innocence. But even Lou’s love and support can’t dispel the darkness that’s spreading through the community. Dead animals appear on porches, strangers threaten the safety of the locals, and a fingerprint from the fire is linked to a decades-old murder. The lonely border town has a new danger: a murderer willing to do anything to protect a web of secrets that links them to the arson.