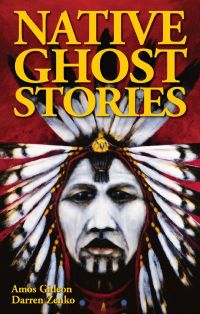 Embark on a journey into the spirit world of First Nations peoples with some of the most intriguing stories of ghost spirits in nature and the underworld. These stories have been passed on orally through countless generations and are drawn from across the continent.

Darren Zenko, a freelance writer, video-game critic and general cultural correspondent, has been published in various newspapers and magazines, including See magazine, Vue Weekly, the Edmonton Journal and the Toronto Star. Darren’s lifelong fascination with the paranormal began as soon as he read Reader’s Digest’s Strange Stories, Amazing Facts. It continued with an attempt to summon the ghost of Elvis in his junior high industrial-arts darkroom and ultimately led him to pursue a writing career in the area. Darren is the author of several bestselling ghost story books, including Ghost Stories of Pets and Animals and Werewolves and Shapeshifters.